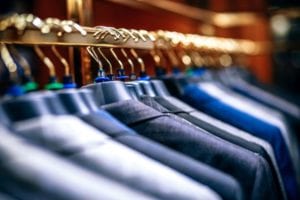 Under your organization’s dress code, you may have rules for appropriate clothing, hair, grooming, and visible tattoos and piercing. Can such rules expose your company to legal risks? It depends.

Though discrimination on the basis of sex, race, color, national origin, and religion is illegal according to federal law, there is no more specific guidance with regard to dress and grooming codes. So where does this leave employers who want to create some degree of formality, conformity, or even uniformity in the workplace? Essentially, employers must avoid treating an employee’s appearance in prejudicial fashion. In this article, we will explore what that means by examining the relevant laws and potentially discriminatory policies.

Federal: Title VII of the Civil Rights Act of 1964 prohibits employers from discriminating on the basis of sex, race, color, national origin, and religion. The law generally applies to employers with 15 or more employees. Title VII applies to public and private sector organizations.

A dress code and grooming policy generally may not impose stronger requirements on one gender or require that only one gender wear a uniform. This is general guidance, though there may be some exceptions. The leeway for exceptions is the result of a cultural acknowledgement of the physical differences between men and women, and the practical considerations that result from these differences with regard to attire. The dress codes for both genders should also not be the same, such as women only being permitted to wear pants since men don’t wear dresses and skirts. To date, federal courts have upheld dress codes that require each gender to dress or groom themselves in a manner that conforms with gender stereotypes.

Finally, a policy generally cannot force an employee to conform to gender stereotypes, but there are exceptions, as in cases when not dressing in certain attire would hinder job performance. In general, adhering to what is reasonable and (arguably) in the best interest of all parties is best. The subject of gender and dress codes is only going to become more important in 2019; questions about dress code policies as they pertain to trans-gendered employees are likely to become more common as gender identity gets more attention.

Requirements for hair length or grooming of facial hair may discriminate against certain religious practices that prohibit shaving or cutting of hair. Shaving rules could also discriminate against African Americans, many of whom have skin conditions that make shaving difficult.

Requirements for the covering of tattoos or piercings may conflict with the display of religious inscriptions or sacred objects for employees of certain faiths. In addition, exceptions and accommodations in the dress code may need to be made on the basis of religious views or dress styles based on national origin.

Because America is such a diverse nation, our laws regarding workplace dress and grooming regulations are necessarily more complex than in most other nations. Add to that state laws which differ widely, and it behooves every HR department to seek legal guidance in creating dress and grooming policies that will serve the interests of employer and employees alike.