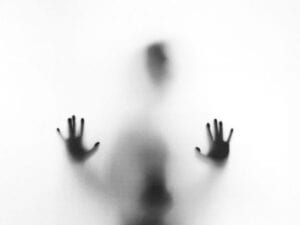 One day, a talented job candidate sits with you at the conference table and the stars all seem to align. This candidate – perfect on paper – has all the necessary qualifications and skills and the right personality and behavioral traits for your company culture. It’s time to make an offer.

You call and leave a message. Your tone says it all; any minute now, the phone should ring back. But you wait… and wait. Hours go by, then days, and then you realize… poof! You’ve been ghosted! You’re a top employer; this shouldn’t be happening. This happens to candidates, not the other way around!

These days, your organization is in good company when it gets ghosted

Human Resources Director America reports that 83% of employers have been ghosted by a candidate who either didn’t show up for an interview or stopped replying to hiring managers entirely. LinkedIn research reveals that 95% of recruiters have experienced candidate ghosting. It’s a candidate’s market now, which is why 69% of employers said (in an Indeed survey) this trend began in the past two years.

Is candidate ghosting acceptable to employers?

Indeed surveyed both employers and candidates. Of the surveyed employers, 84% experienced a candidate not showing for an interview, 64% experienced a halt in communication without explanation, and 60% experienced the candidate accepting a verbal offer, but not showing up for work. Among the recruiters and hiring managers, 70% feel moderately or extremely frustrated by ghosting, and 65% track job seekers who bail on interviews.

Ghosting isn’t without risk, especially for the 22% of candidates who speak with a recruiter during the job search. So why do they ghost, when making a quick call or sending an email would preserve their reputations? Barron’s reports that it’s the culmination of years of impersonal, transactional hiring that makes candidates feel justified in ghosting. So is it simply a shifting of the balance of power in an employee’s market? Here’s what Indeed research reveals:

Interestingly, 41% of respondents said they were afraid their past ghosting might affect their chances of getting a job in the future. Yet 94% claimed they experienced little to no consequences.

These results do point to a shift in generational etiquette and expectations of the candidate-employer interaction during the hiring process. The same reasons for losing interest in an employer have always applied, yet ghosting is a recent phenomenon. Stay tuned next month for suggestions on how to prevent and minimize the potential of candidate ghosting.